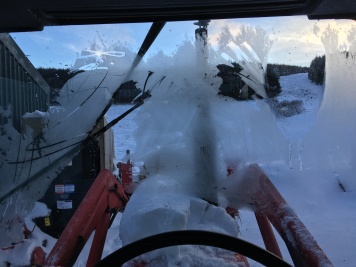 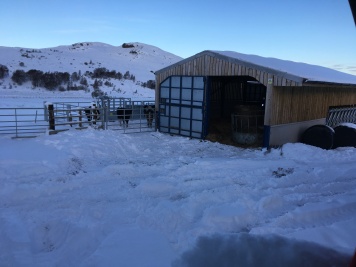 Working on a croft means your ‘office view’ is not stationary, nor boring. One regular view is from the tractor although the ability to see out was slightly hampered at the weekend. A friend was up visiting so I decided to make use of her (no, I did not send her out to do 15 hours of manual slog work, I’m not that cruel to guests). I took the opportunity and decided to give the cows their bales a day or two early. Much thought was pondered over this due to the snow level and the forecast of a thaw to come. I eventually decided to go for it and several spinning wheels, sliding tractor and multiple times needing to stand on the diff lock pedal, the task was done.

Well, you then just need to take the bale wrapping off. Normally easy, but not on either bale! The straw bale had had a foot of snow on it making it look like a gigantic sugar coated shredded wheat. And for whatever reason, the snow seemed to just stick to the wrapping. Out came the penknife before moving onto the hay. Hay that I placed into a ring feeder so to unwrap you look like your dancing the maypole. Except, this too was seriously stuck down. So, through the ring feeder bars I went, thankful I haven’t been eating too many pies (yes, you can go over it but leg length means it’s easier to squeeze through. This then changed from a maypole dance to a ring feeder two step. Using force to pull up the way meant if I balanced on the edge of the ring feeder I could get the wrapper off.

Mission finally accomplished, sense of wanting to jump down and act like a Formula One winner: high. Except the postie was due soon and I like to behave as normal as I can when he’s about. Who knows what he would pass on to the neighbours, glen and Strath… 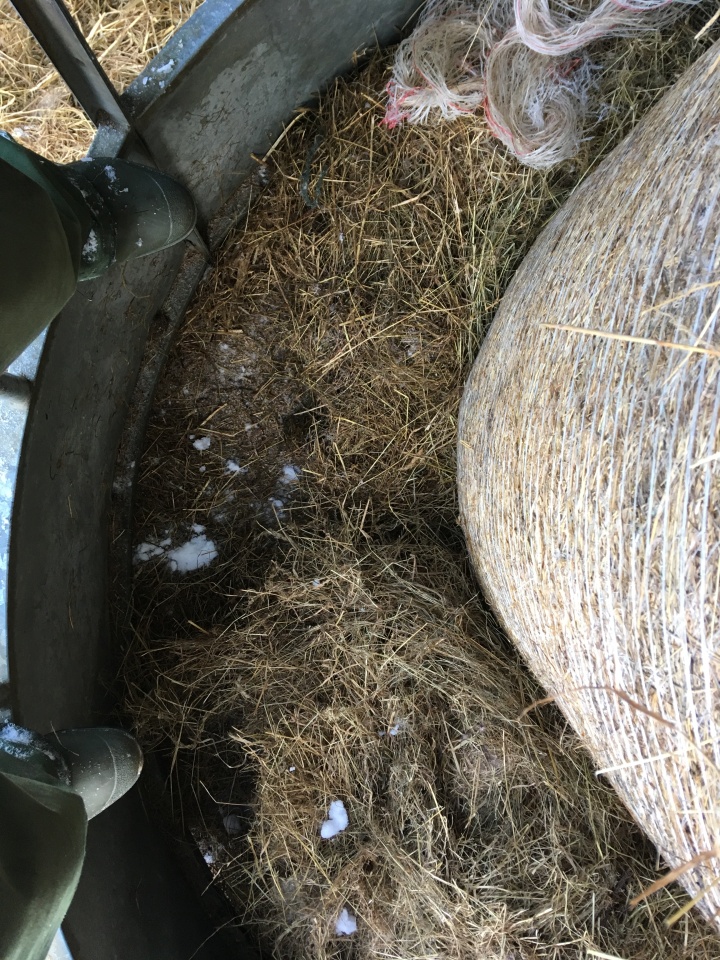 As it turned out, it was a good decision. Breena, one of the cows got a gash in her leg so having clean straw is better. The weather Sunday turned to an almighty blizzard creating snow drifts in all the wrong places. And with that, my back up support (aka mother-in-law) was unable to get out to us today.  Wonder what the view will be tomorrow?