Many will have heard of ‘The Sheep-pig’. I first came across it at Ninelands Lane Junior school, where I was brought up, when it was read to the class by our teacher Mrs Bracewell. It has been read multiple times since although not recently as it hasn’t been necessary. Why? Because I have a working ‘sheep-pig’ too, only ours is a ‘sheep-sheep’. Chunky is a cheviot wedded. He was destined for the pot early on. But, Chunky was a fast learner and quick to realise a whistle meant a bucket, a bucket meant food, and no need to fear the woman holding the bucket. He would be the first to arrive and would follow you about, at your heel, if you had any sign of food. So, he was christened ‘Chunky’. From a herd of twenty, the numbers were slowly whittled down as they were sent off to the freezer in the sky. Normally all sheep would be checked to see who was the fattest, although Butch and Skydiver were high up the list regardless of size due to their ability to either bully others or throw themselves over fences. Chunky was always just a wee bit thiner than the rest so saved himself on several occasions when I had been prepared for ‘Chunky nae-more’. But, Chunky came to prove himself when collecting in the breeding ewes last year. One wild bunch that would refuse to go through the gate to better pastures. Step in Chunky. Take him with you, following at your heels like a sheep dog and soon all the other sheep would be around him. Walk to where you need them with him right at your side, all the nervous ones following and firmly close gate. Who needs a sheep dog when you have Chunky?

Last week I had to get the sheep into a pen through a different gate then normal. All came apart from one. Never fear, get Chunky back with you, do a quick circle and remaining Blackface came following Chunky. He has helped bring in ewes for lambing and helped to get lambs into the trailer. He is now of too much value in terms of sheep handling. Even when we have got new sheep him, they trust Chunky. I know some farmers will throw their arms up and say I need to stop the attachment-disorder but, most of them have sheep dogs, quad bikes, or lots of time to collect their sheep. I don’t, so I’m more than happy to use Chunky with the bonus that I don’t need to take him on walks to make sure he has his exercise. Some people may think I’m hard as nails with naming all of our other animals and then sending them off for the freezer but in this case, Chunky will remain here on our croft as our working sheep-sheep. 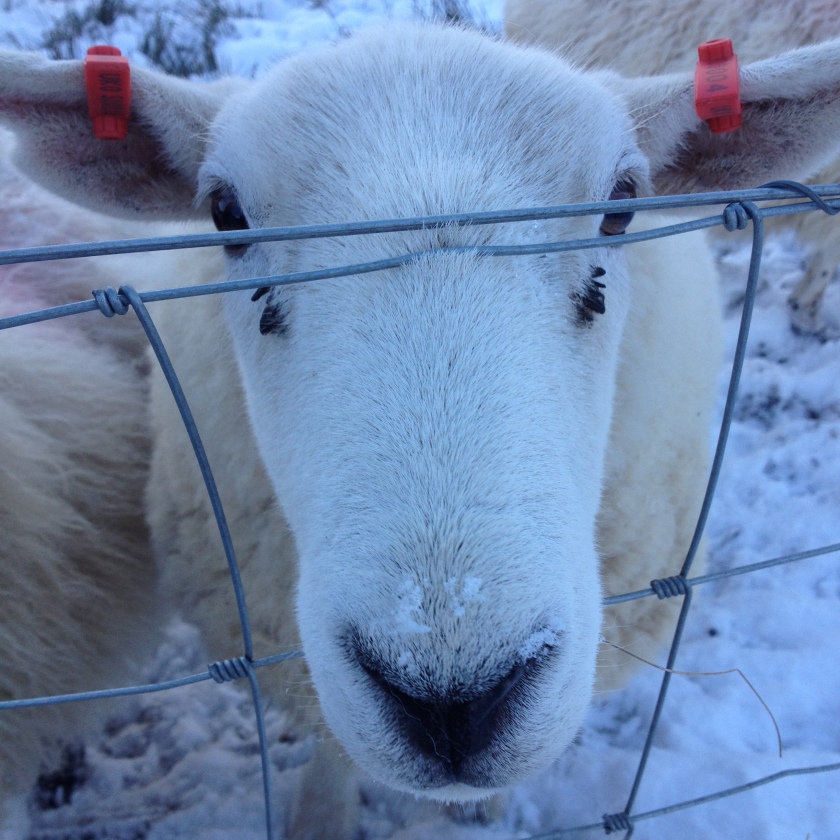 One thought on “Chunky the sheep-sheep”