Mr Hrossey was a steer. A fine prize steer (no connection to the fine prize cow in ‘What the Ladybird Heard’ by Julia Donaldson). Today, he went off to his forever home as he was just about to hit the 30 month mark. However, this wasn’t just any send off, he got a proper leaving do. For not just myself, the Mini Crofter and the Micro Crofter were involved. But a German film crew. 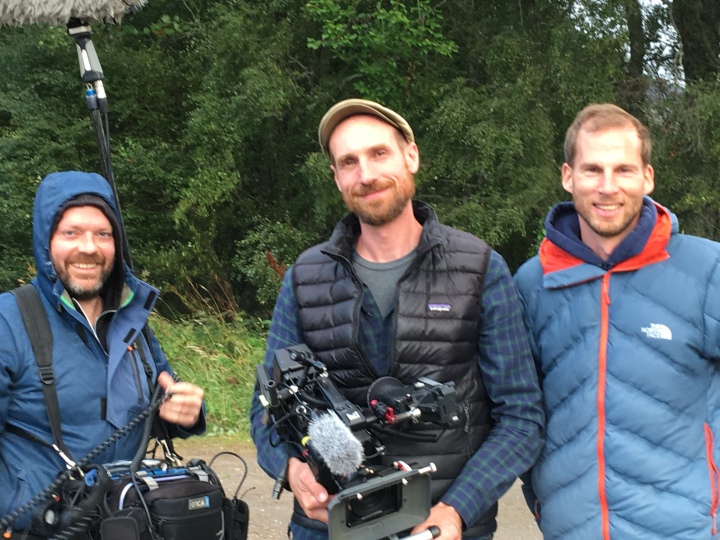 A fine party of three who seemed to manage loading a steer, shifting a bull, babysitting a baby and dealing with the mayhem of our house (along with heavy burst of rain, high wind and glaring sunshine at times). For, it was not just a day for day tripping to the abattoir. This was a day for making bread and relish (while trying to get tea sorted). So, my home does not suit Country Homes and Interiors magazine. Mine is a working kitchen, with mouths to feed and cows to shift. So, for anyone in Germany; the saying goes that my kitchen looks like ‘there appears to have been a struggle’. But don’t look at what I haven’t done, for the steer’s away, two lots of cows shifted, and I made it to spinning group. Housekeeping can wait.

Now, I decided today being in TV production can not be easy. And today gave them a run for their money. For there is no second shots of asking a cow to come more slowly through a gate. Two year olds do not accommodate for cameras either (or at least mine wasn’t keen; I even had to shift a tractor to get him to sit quietly at one point). Seven month olds do better until it takes the bull a lot longer to go through a gate and it’s getting into meal times. And what about people like me who either talk to themselves or don’t say a word (just like the ladybird)? Am I supposed to if I have a camera watching. What about the mike? Is it on all the time?

In reflection, it seemed to go ok. Hopefully today gave them a glimpse of crofting. My reflection is, longer grass can hide some pretty big stones if you pull off to let someone pass…